White creamy neutral smelling, rendered lard can easily be achieved by doing the process yourself!  It took me 5 hours to complete the process, but I went shopping while it was cooking! I came home and it was basically done.  I rendered the lard in my Prairie Pride shed.  My shed smelled liked wholesome. 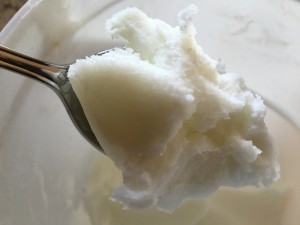 Berkshire pork back and leaf lard, ready to use. 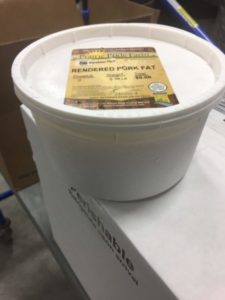 Crock Pot or slow cooker,  large enough for the fat to fit into

cheese cloth for straining lard, or cotton fabric (can be washed out and re-used)

Place the thawed ground hog fat in a slow cooker or crock pot, 6-8 quart in size. set on high 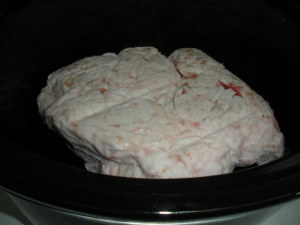 (large enough for the lard to fit in)

cover or uncovered, let cook for 4-5 hours or until the hog fat cracklings turns brown and starts to sink to the bottom of crock 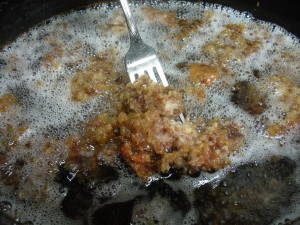 pick out the crackling chunks with a fork, the rest you will need to strain

with cheese cloth over the container you will use to store the lard in, ladle the liquid fat into the jars. 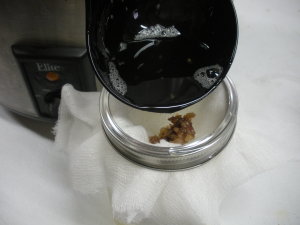 Let cool an hour before handling the jars, they will be HOT! 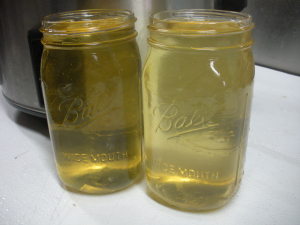 5 pounds of hog fat will render down to make 2 quarts of lard, (8 cups)

Hot liquid lard will be yellowish in color.  Let the jars cool on the counter for an hour before moving to refrigerator. 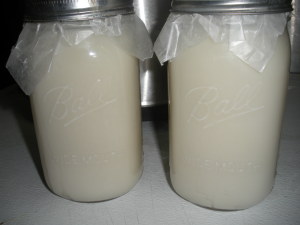 When the lard is cool, the color will be creamy white.  Cover with a lid or wax paper and place in refrigerator.  Can be frozen in jars also.  Keeps for a good 6 months or a year in freezer.

The rendered lard is ready to use!

We are now selling the ground hog/leaf fat combo in 4 to 5 pound blocks.  This is fat we saved from our own hogs, because that is the purest product.  We do sell rendered lard, if you don’t want to go through the process, but I know you can do it too!  Now go shopping, Dawn

About the Author: Brheanna Hubmer

Brheanna has her degree in Business and an extensive background in sales and food marketing. She enjoys gardening and spending time with her family.